If the label ‘a company with a long tradition’ can be used at all, it is certainly applicable to G. A. Röders. The company, managed today in the sixth generation of the founding family, has been engaged in the casting industry since 1815. For over two centuries, the keys to success have been that the company has consequently stayed at the forefront of technical developments and has used the most effective tools available at the time. This is how G. A. Röders in 1975 became the first certified supplier of die cast components for civil aircraft construction.

G. A. Röders, who today generate a total revenue of 30 Million Euros at their sites in Germany and the Czech Republic, uses MAGMASOFT® as one of its tools. Casting process simulation with MAGMASOFT® enables the foundry to design and deliver robust and efficiently manufacturable cast components, as well as the corresponding tooling, with tightly fixed delivery dates. This is certainly not the only reason why the company currently produces for 160 demanding customers - in the automobile industry, aircraft construction, medical engineering and pneumatics.

Casting process simulation ensures short project cycles because tool-ing can be designed in such a way that production can start without expensive pre-produc-tion sampling. With-out casting process simulation, the quality of the die design is hardly foreseeable and can only be assessed in casting trials. “At the beginning, simulation takes more time. In return, no corrections of the tooling are required later”, sums up Andreas Röders, Managing Director of the foundry. He adds, “70 % of both the quality and the cost of manufacturing are established with the design.” 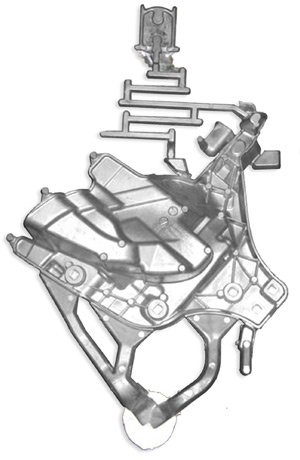 Using a module support for the Audi A8 Roadster as an example, Röders illustrates how casting process simulation aids in tooling design. In this project, the ambitious task was to deliver the first weldable components to the customer within 12 weeks.

After determining the casting position, the main focus of the first simulations was the lay-out of the gating system and the overflows. For this, different combinations of gate/overflow designs and casting conditions were simulated until an optimum result was achieved.

During the simulation of the Audi module, the results indicated that the initially selected process parameters would lead to unacceptable entrapment of air at the weld locations. This would lead to pores in the final cast component, which would result in a reduction in the weld seam area and  diminished stability. The simulations further revealed two corrective measures. A second vent to the vacuum system was needed to improve the evacuation of air from the mold during filling. Bigger overflows were also required. Simulation showed that these combined changes would reduce the degree of air entrapment at the weld contact area from 17 % to 8 % and remain below the required level. The en-gineers used solidification simulations to determine the best locations for gates, local squeezers and cooling in order to avoid porosity caused by solidification shrinkage in the thick-walled areas of the casting.

Through the intensive use of filling and solidification simulation, G. A. Röders were able to define a suitable combination of casting parameters and casting layout which would guarantee a cast component compliant with the Audi specifications. This allowed the foundry to manufacture the tool meeting the given requirements and to deliver the first weldable parts within twelve weeks. And, these components passed all the required tests. Micrographs of the weld seam showed no pores in the critical areas. The surface area due to porosity in the seam was only 3 % where 10 % would have been accepted. CT examinations in the thick-walled areas showed almost no porosity due to inadequate feeding.

“Today, we simulate every cast component and tool design without exception“, says Andreas Röders in pointing out the importance of the application of MAGMASOFT®. “Simulation is one of the supporting pillars of Röder’s presence today and is an integral part of the foreseeable future for our 200-year-old company”, sums up the Managing Director.

Filling simulation reveals significant air entrapment. An additional vent to the vacuum and a larger overflow reduce air entrapment to under 8 % 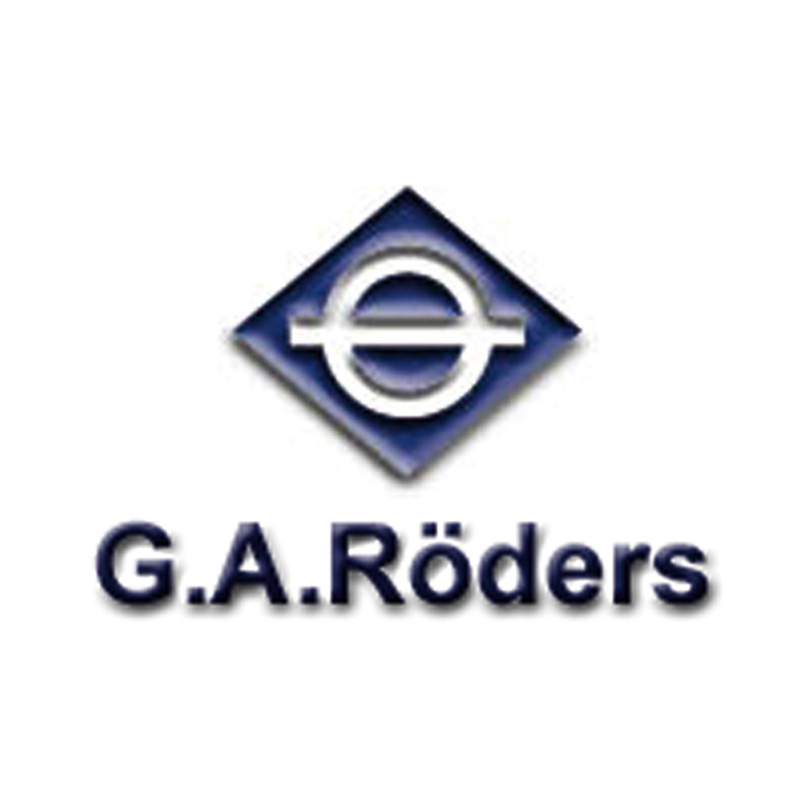