The ingot casting process is characterized by the progressive solidification of the poured steel from the walls and the surface of the mould towards the centre. The complex phenomena during this process have to be controlled to obtain a good quality of the final product. This is influenced by several factors like steel chemistry, superheating of the melt, pouring time and the dimensions of the mould. Today, simulation tools can already show a lot of useful results to make predictions regarding the quality. Hereby the focus lies on the ingot itself and on the prediction of shrinkage, segregation, inclusions etc.

This paper concentrates on the influence of the heat flow through the mould walls on casting quality. The determination of heat transfer coefficients by reverse engineering is described. Normally, due to missing knowledge, a heat transfer coefficient between the solidifying shell and the mould surface which is invariant from the ingot bottom to the top is taken into account. Reality however is much more complex: There are different conditions over the height of a mould. If this is taken into account by the simulation software, the influence can be directly shown in the results.

Secondly, ingots being cast in groups and positioned side by side for cooling are being examined. The distance between the individual ingot moulds and also the wall thickness of the mould is of essential importance for the formation of casting defects and their locations.

During the teeming of an ingot with liquid steel, a high amount of thermal energy is brought into the cast iron mould. The energy then dissipates, leading to the cooling and solidification of the melt. The course of solidification is strongly controlled by the different heat exchange mechanisms.

The top of the mould is usually insulated by refractories. Insulating powder is introduced into the mould and that forms a layer on top of the melt. Together with the specific geometric lay-out, these actions should lead to a late solidification of the melt inside the hot top. The effectiveness of the hot top is very similar to a feeder in shape casting processes. 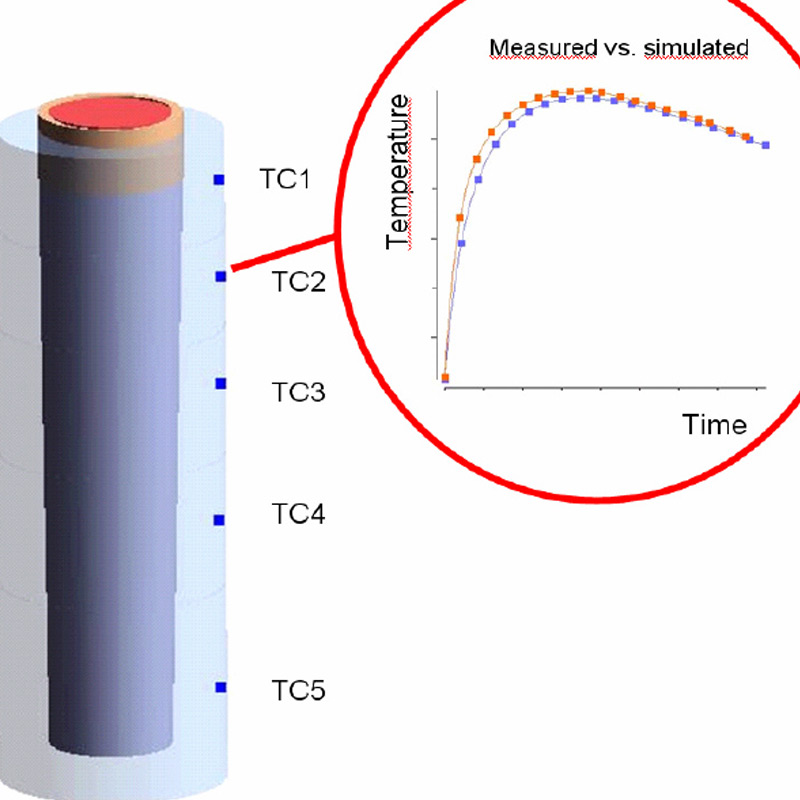