DGS Produces One of the Largest Die Cast Parts Worldwide

Each hour, the sun radiates enough energy onto the earth to cover the annual energy demand of the whole world population. For better exploitation of this solar energy, DGS Druckguss Systeme AG, St. Gallen, Switzerland, produces frames for hot water solar panels. Recently, the production of these frames was changed from welded extrusion molded parts to aluminum die castings. The success of this change was so noteworthy that the new frame received a ”Special Recognition“ award in the International 2014 Aluminum Die Casting Competition. 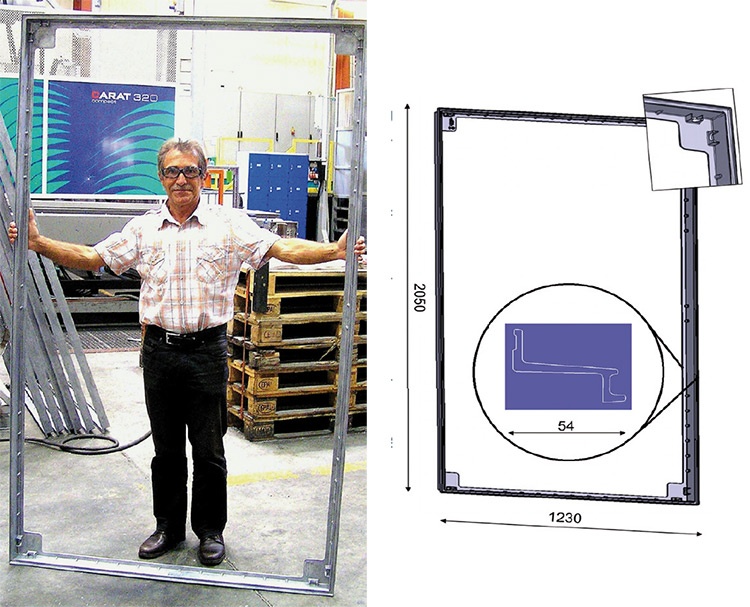 The change of the production route was mainly motivated by the better longevity and tightness of the die cast parts in comparison to welded parts. Due to the roof assembly, the frames are subject to major temperature changes by which the seams of welded frames can tear. As a consequence, humidity penetrates the frame and damages the absorber layer. In the end, considerable efficiency losses occur. The die cast frames do not have this weakness and are therefore decisively more robust. At the same time, the frames must meet highest overall demands: at least 20 years of guaranteed corrosion resistance, high dimensional accuracy and stability, a low weight and minimal total production costs. With dimensions of 2,050 x 1,230 x 50 mm at a weight of only 6 kg, their production is a huge challenge.

To start, the frame design and the casting concept were developed. Critical manufacturing issues had to be recognized and considered right from the start. Tight dimensional tolerances and absolute squareness were obligatory to guarantee the assembly of the window pane. At the same time, dimensional stability for the pipe connections was required. To ensure the required mechanical properties and stiffness at just 5 mm wall thickness, early material property analysis and optimization was essential.

A well castable and high-strength AlSi10MgMnSr primary alloy was chosen as the cast material. After a thorough evaluation, a one-piece braceless frame design was set, featuring a Z-shaped frame profile.

The lay-out of the HPDC process itself was especially demanding. Comparable and reliable results for possible combinations of design and casting parameters had to be available very early. Axel Schmidt, leader of the project management with DGS, remembers the most critical questions: "Can this casting, with flow lengths of several meters, be completely filled at all? Which filling time is necessary for a complete filling? What happens if filling fronts meet after 2 to 3 meters of melt flow? How big are the length variations and how much does the massive gating pull the frame apart? We had to answer all these questions very early to work in a cost and resource efficient manner and to lead the project to a success". At the beginning, a design with two gating areas was developed and evaluated with MAGMASOFT®, looking at different quality criteria such as ‘Flow-Length‘‚ ‘Fill Temperature‘ and ‘Material Trace‘. As it turned out, solving the problem of frame distortion was the most challenging task.

The first simulation results indicated frame distortion values of up to 9 mm lengthways and 5 mm crossways for the initial gating design - results far from the customer specification. The situation was so severe that a complete redesign of the gating system was the only proper answer possible for the DGS-team. The experts checked further experience-based alternatives, again using MAGMASOFT®. According to DGS, MAGMASOFT® was a key factor to comply with the timeline and secure the success of the production process at the same time.

The solution was eventually successfully identified: a system with gating areas in all four corners and a total of 20 ingates. Axel Schmidt recapitulates: "To develop the design with minimized frame distortion, MAGMASOFT® played a crucial role. The possibility to quickly and early test different variations was essential, allowing us to create the gating system in a way that it exercises as little force on the casting as possible. This way we could actually completely avoid any critical distortion and minimize other casting related defects at the same time. The ‘Material Trace’ results allowed us to check the symmetric flow of the melt. And of course, the ‘Distortion‘ result was used to analyze the warping of the part in great detail and document and discuss the effects of every design modification".

Next, the fixed casting lay-out had to be transferred to the conditions of the production environment. The design and placement of the die inserts and the cooling lines were the pending major tasks. Again, the DGS team used MAGMASOFT® to develop the cooling of the 10-fold divided die halves. Two die halves weighing 14.1 and 20.3 tons, optimized with regard to the especially demanding casting dimensions and cooling requirements, were the final result. The die was cleared for manufacturing and the production could eventually launch on time. Today, the final product is an integral part of two different solar collectors of leading manufacturers.

DGS strikes a positive balance. Axel Schmidt: "By using MAGMASOFT® we succeeded in producing the frame right from the start, in accordance to the strict demands regarding time and cost. No in-production changes were necessary. Today, in spite of the 24 kg shot weight at only 6.3 kg component weight and a form filling time of just 40 ms, the frames are produced without critical distortion. The project is not only an economic success but also a recent proof of the innovation ability of DGS."

Meanwhile numerous new demanding die castings are being developed at DGS. The DGS team is exploring the new possibilities for virtual experimentation and automatic optimization in MAGMASOFT®. The identification of robust process conditions and the active support in the assessment of designs of experiments complement their experience based efforts well. DGS will continue to use MAGMASOFT® to open up further time and cost potentials.

DGS Druckguss Systeme AG is a globally active developer and producer of demanding light alloy aluminum and magnesium die cast components, counting more than 900 employees at its facilities in St. Gallen (Switzerland), Liberec (Czech Republic) and Nansha (China). Since its foundation in 1950, the company has established itself through its technology and production competence and uncompromising reliability as an authoritative system supplier in the value chain of its customers, mainly the automobile industry. DGS is ISO TS 16949, ISO 14001 und OHSAS 18001 certified. Besides its production competence, DGS is an important development partner for its customers, with a special focus on material and process development. 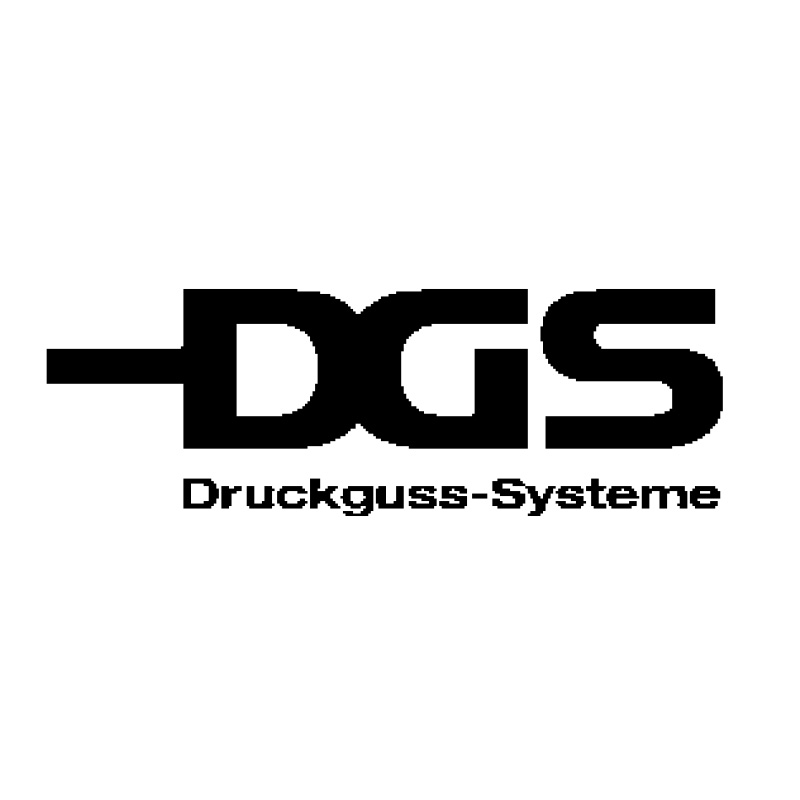